Citing her love for the city and the need for “new, positive leadership,” Board of Education member Erin Stewart has announced her intention to run for mayor of New Britain.

“I love New Britain,” Stewart said. “I believe in this city and its people. I care deeply about our future. I am running for mayor because I am very concerned about the direction in which we are heading. We need a change. We need new, positive leadership. I will bring a fresh vision to City Hall, and I will work across party lines with residents, businesses and property owners to get things done.”

Stewart said her priorities as Mayor will be to:

A lifelong New Britain resident, Stewart, 26, is a graduate of Central Connecticut State University. She is one of the youngest elected officials in New Britain and one of the city’s highest vote getters. She says she is a new generation Republican.

“I think voters have appreciated that I talk to them straight – they respect that,” Stewart said. “And I also believe my age is an asset. I listen to people. I hear their concerns and I build coalitions to take actions to address those concerns. Our city is a great city, but we can do better. As mayor, I will be a voice for unity.”

“Everyone should have a seat at the table in crafting New Britain’s future,” Stewart said. “Everyone’s voice should be heard. Together, we can build a new and better future.”

Stewart said she is looking forward to knocking on doors and calling on parents, students, homeowners and community leaders to discuss her vision for the city and hear their thoughts and ideas.

“I am dedicated to New Britain – my heart is here,” Stewart said. “I have always put people before politics.”

Prior to her election to the Board of Education, Stewart served as vice chairperson of New Britain’s Commission on Community and Neighborhood Development and head of its planning and budgeting sub-committee. In addition, she was a member of the Commission on New Britain Youth and Family Services. In 2007, she received the greater New Britain YWCA’s Women in Leadership award for her hard work and dedication to the CT Breast Health Initiative.

She is presently a Legislative aide who was hired out of college and is working for Kevin Kelly of Stratford.

Stewart is also a former volunteer project director and co-founder of New Britain High School’s “Youth Who Care” initiative for the CT Race in the Park. She is a former coach of the NBHS Lady Canes junior varsity softball team and she currently advises the NBHS Marching Band Majorettes. She attended New Britain public schools.

Stewart’s family belongs to St. Joseph’s Catholic Church. She is the daughter of former Mayor Timothy Stewart. Her great uncle Dominic Badolato was a former Democratic state representative from New Britain for many years and former president of AFSCME.

It seems like yesterday. A year ago, I pledged to bring a new style of leadership to our city. To move New Britain forward, I promised to reach across party lines, restore fiscal sanity and do whatever I could to make New Britain a place we are proud to call home. I said I would never lie to the taxpayers. There would be no sugarcoating the realities we face. We would have to take bitter medicine now in order to make our city healthy over the long haul. So, a year later, how are we doing? Surely challenges remain, but much progress has been made.

END_OF_DOCUMENT_TOKEN_TO_BE_REPLACED 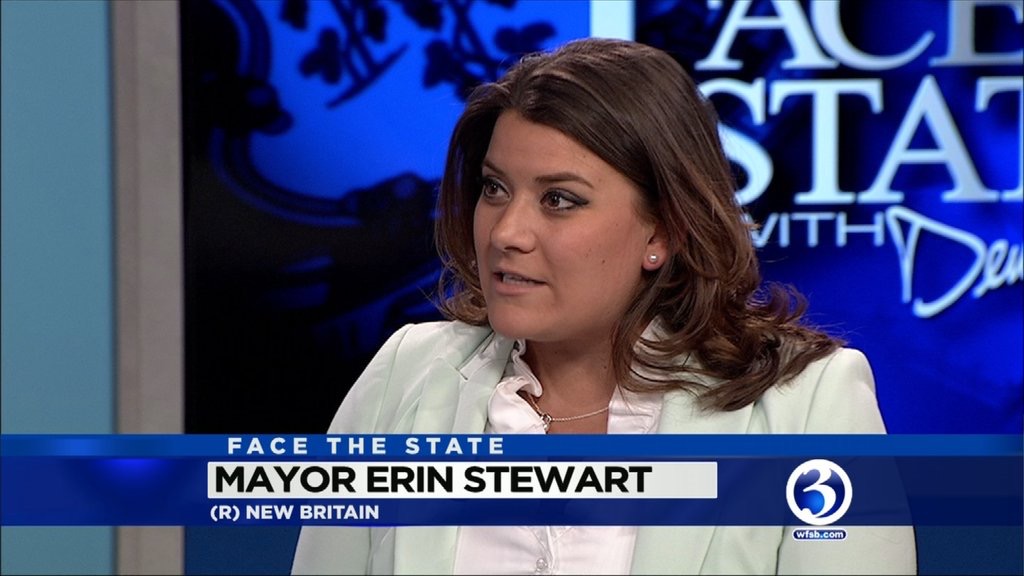