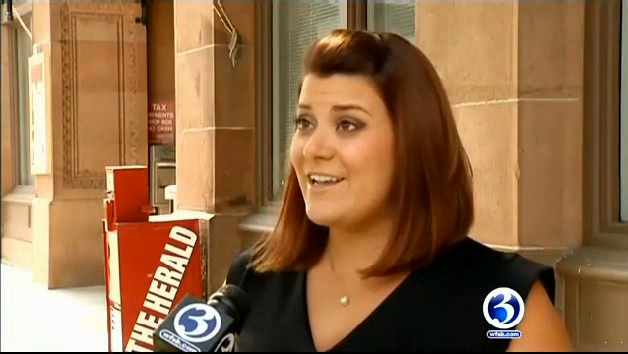 Over the last few years, the city has seen a lot of development, including the CT fastrak.

Mayor Erin Stewart said that is only the beginning.

“Everything we’re trying to do is to get more people to live downtown, work downtown and walk or bike or use an alternate method of transportation,” Stewart said.

This is part of New Britain’s massive multi-year city scape project, which is being done in phases.

The first two are already done and started with the city’s new police department.

“Phase 1 and Phase 2 all encompass around the building of the new police station so that’s the same sidewalks the brick pavers,” Stewart said.

Phase 3 is now happening across the street from city hall in Central Park.

“Instead of a circle we’re making it into a town square ‎that’s going to make it more pedestrian friendly, easier accessibility that are walking to and from CT fastrak,” she said.

The next phase is expected to begin sometime next year and will involve major changes to the way traffic moves in downtown.

“What Phase 4 entails is moving all of the local bus traffic from Bank Street over to Columbus Boulevard so those that are transferring on local buses have much shorter walks and they don’t have to cross the street,” Stewart said.

A beehive-inspired bridge will also be constructed along the Main Street overpass eventually.

“Everybody knows Broad Street and Little Poland has done very well for itself, while Main Street has struggled a little bit,” Stewart said.

The hope is by making downtown more inviting, other businesses will open up in that area.

The city is also giving businesses grants to redevelop their facades.

There are also parts of the city known for speeding, like Columbus Boulevard that connects Route 9 to downtown New Britain. Some have said the danger has only grown since the CT fastrak stop borders the street.

“Mildly dangerous especially for someone walking or bicycling or trying to cross the street,” said Keith Gervase of New Britain.

The city is working on a major improvement to Columbus Boulevard at Bank Street that would force speeders to permanently apply the brakes. It will soon install the city’s first roundabout.

“Not only does it improve traffic downtown but it also introduces gateway feature so when they come to downtown New Britain they see something significant,” said Mark Moriarty of the city of New Britain.

The traffic flow will completely change too.

“It’s rerouting Columbus to come right downtown to the center of downtown. Relocating a sculpture we have over there,” Moriarty said.

New Britain taxpayers are picking up about 20 percent of the cost and the rest is being funded by state and federal grants.

“When we’re done you’re not going to recognize downtown New Britain anymore. It is going to be an amazing incredible place to come,” Stewart said.

Everything is expected to be completed by 2017.

END_OF_DOCUMENT_TOKEN_TO_BE_REPLACED

YouTube: Are you ready to bring democracy back to New Britain on Tuesday?