NEW BRITAIN—Mayor Erin E. Stewart on Wednesday presented a $239.21 million S.M.A.R.T. budget proposal for the 2016-17 fiscal year that increases funding for the school system, keeps services in place, and includes a net tax decrease for the average resident.

“A S.M.A.R.T. budget is one that is specific, measurable, attainable, realistic, and timely,” said Mayor Stewart.

The proposal includes an increase of $2.5 million for the Board of Education to invest in students, features no immediate layoffs, and continues services like trash pick-up, road paving, and snow removal without disruption.

The average New Britain homeowner who has two cars will see their taxes decrease by around $130.

“This is a smart budget that is stable, responsible, and invests in our long term,” said Mayor Stewart. “It provides more than $2 million for the school system and funds our contractual obligations.”

Under the proposal, the tax rate would increase from 49 mills to 50.50 mills. The budget proposal that the Mayor received from the Board of Finance and Taxation carried a tax rate of 60.77 mills. The Mayor reduced the department head budget requests by tens of millions of dollars.

“Over the last month, my budget team and I have worked hard to create a proposal that is honest, both now and in the future. I have presented a smart plan that calls for a minor increase in the mill rate in order to keep the positive momentum of our city moving forward,” said Mayor Stewart. “Given the unpredictable situation with the state’s finances, it is imperative that we take action now to prepare for tomorrow.”

Major increases in the 2016-17 budget include costs associated with maintaining aging infrastructure and an increase in health insurance and pension costs. Many of the new labor contracts that have been negotiated recently—such as Local 818, 1303, and Fire, Police, and Teacher unions—include a switch to high-deductible health plans which will save the city in the future.

“However, we still have major contractual salary and benefits obligations to our employees, who are the heart and soul of local government and the services that we provide,” said Mayor Stewart. “The majority of the budget increase is due to these costs.”

Over the last two years, the Grand List has shown growth, adding more than $1 million in new tax revenue thanks to the addition of more than 30 new businesses. Growing the Grand List is difficult when 48 percent of real estate property is tax exempt, due to institutions like Central Connecticut State University, hospitals, the courthouse, and the Department of Motor Vehicles.

The amount of taxable property that the city does not collect taxes on is valued at over $1 billion, or about one-third of the city’s total Grand List. The state provides a Payment in Lieu of Taxes grant, but only at a fraction of what the property is valued, which results in the city losing out on millions of dollars in annual revenue.

The Common Council now has two months to scrutinize the Mayor’s proposed budget, solicit feedback from the public, and pass a budget no later than Monday, June 8th.  The Common Council will hold a public hearing on the budget on Tuesday, April 19th at 6 p.m. at Gaffney Elementary School. 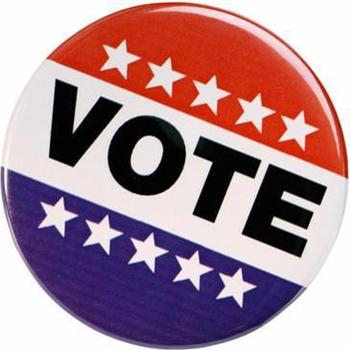