Editorial: I’m a Taxpayer, Too

In recent weeks, a few members of the Common Council drew attention to a budget proposal that the Board of Finance and Taxation had drafted that carried with it a large tax increase. For readers, it is important to note that the Board of Finance and Taxation has limited authority in what it can cut and that their budget proposal is only one step in a multi-layered process that stretches from 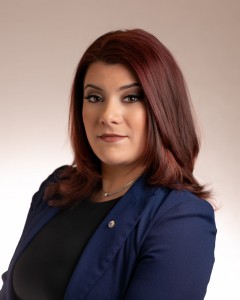 January until June. This is an exercise that we go through each and every year.

During each budget cycle, we make tens of millions of dollars in reductions to keep the price of living in New Britain affordable. I am meeting with my budget team on a weekly basis and going line item by line item to look for savings.

Over the last six years, I’ve made more than $60 million in cuts to the budget proposals that the Board of Finance and Taxation had presented to me. A large part of these changes have been structural-meaning they will create savings far into the future and well beyond when I leave office. One example is healthcare. Employees are now covered by a high deductible health savings plan. This move saves the city millions of dollars each year.

The cost of services, fuel, and government inevitably go up each year. This is a fact of life and as the city’s chief elected official, it is my responsibility to manage these costs at an appropriate level. I’m a taxpayer too. Believe me, I don’t want to see taxes go up either. This decision is always a last resort.

Since 2013, inflation has gone up in total by more than 10.6 percentage points, according to data from the Labor Department’s Bureau of Labor Statistics. During that same time, the cost of doing business as a local government has also gone up, but we’ve been aggressive in reducing costs.

We’ve worked hard to find creative ways to fund our programs and services. The creation of initiatives like the SMART City committee has helped guide projects such as converting to energy-efficient LED lights and installing solar panels and a fuel cell to help reduce energy costs for taxpayers. We have also partnered with Tax Management Associates and TaxServ to collect unpaid debts and to audit personal property to ensure that no one is cheating their tax bills.

As was mentioned earlier, New Britain was one of the first municipalities in the state to transition all of its employees over to a high deductible health savings plan; we will see millions in savings over the life of the employee contracts. We have also been more stringent in reducing overtime costs, helping to save thousands of dollars each year.

By getting our financial house in order, we’ve boosted our credit rating among rating agencies, signifying to investors and developers that we are a worthy place to do business. As a result, our Grand List-the city’s list of taxable property-has increased for five straight years. To ensure that our revenue is in line with neighboring towns, we have also revisited our fee structure for things like building permits and park rentals to make sure that we are adequately covering our costs.

New initiatives like our “Experience the New” marketing campaign, visitNBCT.com website, and the efforts we are putting into attracting developers to our economic opportunity zones (newbritainopportunityzone.com) are deliberate moves to spur additional economic activity and lighten the burden of our taxpayers.

I invite you to stay engaged over the next several weeks. On Wednesday, April 10, I will present my budget proposal for 2019-20 to the Common Council, which has until June 5 to adopt a plan. A public hearing will also be held in April, giving residents the opportunity to comment on the proposal. Speak up: I want to hear from you. By City Charter, my budget must be balanced. I look forward to sharing it with you. I’m certain you will be pleased.

This article originally appeared in the New Britain Herald on April 3, 2019.

END_OF_DOCUMENT_TOKEN_TO_BE_REPLACED

New Britain Historical Society President Amy Kirby said the City announced new rules this week for those interested in purchasing the Hatch Building that purposely eliminates the society from acquiring the building.