NEW BRITAIN—The 2015 candidates running on the Republican line for Board of Education will be Elaine Perzan Zottola, Grisselle E. Aponte, and Gayle Sanders Connolly. Incumbent Board member Stacey Rosado, who was appointed to fill the vacancy created when Erin Stewart won the Mayor’s Office in 2013, has chosen not to seek another term. Longtime Board member James Sanders, Sr. had already announced that he would not seek reelection.

“I am really excited to have such an accomplished and diverse group of candidates running for Board of Education this year,” said Mayor Erin E. Stewart. “Elaine Zottola has been a lifelong educator and New Britain native. Gayle Connolly is always volunteering to support our school programs. Grisselle Aponte is also a professional educator and is part of the “new generation of leadership” that we are bringing to this City. All three of these women are proud products of the New Britain school system, as am I. This is a formidable slate.”

“My entire professional life has been in education, particularly urban education,” said Elaine Zottola. “I spent thirty-five of those years in New Britain schools, primarily as an administrator. A good deal of my success has been due to the education and experiences I received in our schools. I will bring a viewpoint to the Board of Education that will be informed and dedicated to our children.”

“The education I received here in New Britain has played an integral role in the person I am today,” said Grisselle Aponte. “I have been a Spanish teacher for the past eight years, five of which have been working for the Board of Education in East Hartford. Because of my background I am able to connect with my students and make a difference in their lives. Now I would like to give back to the community that has given me so much.”

“I am running for the Board of Education because it plays a vital role in shaping our City’s future,” said Gayle Connolly. “I have been involved with many organizations as my son was growing up, like the PTA, youth football, baseball, etc. He’s entering his senior year at NBHS and I feel it’s a great time to get involved on a larger scale, bringing my own experiences in this community to the table. I also bring my open, honest and sincere personality, with a focus on the best interests of New Britain’s youth.”

The 2015 Republican slate for Board of Assessment Appeals will be Thomas N. Schenck and Todd D. Cheney. Incumbent Mary Lou Sanders has chosen to not seek reelection.

“Tom Schenck and Todd Cheney are probably the most qualified duo of candidates that we have run for Board of Assessment Appeals. Tom has been a commercial, industrial and residential real estate appraiser for over 40 years, and Todd is a real estate agent here in New Britain. They will bring a lot of valuable experience to the Board.”

“I understand the importance of accurate assessments and their impact on both property owners and the overall property taxes in the City,” said Todd Cheney. “My experience in real estate gives me a solid understanding of the appeals process and when it is, or is not, appropriate to grant an adjustment. I am thrilled to run on Mayor Stewart’s ticket.” 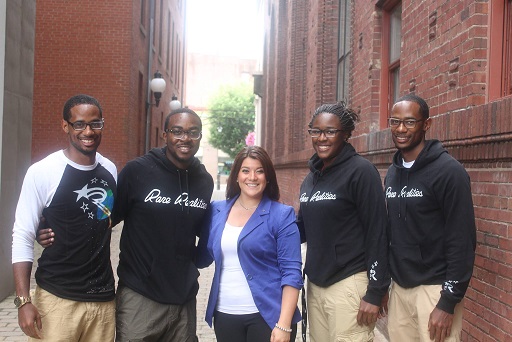 A group of local entrepreneurs has announced its endorsement of Erin Stewart’s candidacy for mayor in a newly released video from the Stewart campaign.