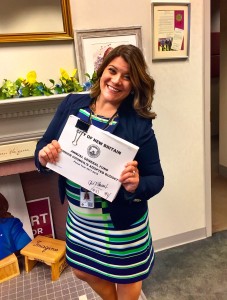 It didn’t take long for a budget to be approved on Tuesday night. With no verbal opposition during public audience and none by Council members, the $241.5 million budget was approved 10-2 in about 10 minutes.

Democrats Manny Sanchez and Shirley Black voted against the budget, but did not state why they did so during the meeting. All Republican endorsed candidates voted yes.

Mayor Pro Tempore Jamie Giantonio was the only council person to comment during the meeting.

“My hats off to everyone in this process. It is a very long process. It starts with the department heads and the Mayor’s Office, the finance committee and finance department,” said Giantonio. “This is what I feel to be a very fair budget. It is fair to the residents of New Britain because it does not increase taxes and also preserves services.”

Jonathan Perugini, of the finance department, spoke on a few changes that were taking place including restoration of an IT analyst position, an increase of the economic development marketing budget, a fire personnel schedule update and senior center maintenance. The total came to about $93,00 to be offset with reductions in contingency fund.

The $241,537,535 million budget, originally presented by Mayor Erin Stewart, represents an increase of less than 1 percent over the current year budget. Due to Grand List growth, the tax rate will stay level at 50.50 mills.

Under the spending plan, 52.44 percent of the budget would go to the Board of Education. The School board is not getting an increase in funds over last year. Last year it was given a $2.5 million increase. It requested a 0.85 increase.

Savings in the budget come from a school transportation reduction, a reduction in overtime costs, an estimated reduction in electricity costs, and employee healthcare cost savings. Savings were also budgeted for the reorganization of City Hall (which reduced the number of department heads) and through the restructuring of debt.

There is a 1 percent increase in the Grand List which equals to about $1 million. Twenty-three new businesses opened since the last budget presentation and seven expanded. Over 200 new jobs were created and the City unemployment rate went from 11 percent to 5.4 percent under Stewart.

The car tax will go down from 37 mills to 32 mills as required by the State.

Forty-percent of the City budget is reliant on the State. Stewart said that no one knows exactly how much money will come from the State. Several previous grants were not included in the budget.

2015 candidates running on the Republican line for Common Council in Ward 1 will be incumbents Wilfredo “Willy” Pabon and Jamie Giantonio. Four-term incumbent Cheryl Blogoslawski will be seeking reelection as New Britain’s Tax Collector.

END_OF_DOCUMENT_TOKEN_TO_BE_REPLACED

“I am really excited to have such an accomplished and diverse group of candidates running for Board of Education this year,” said Mayor Erin E. Stewart.