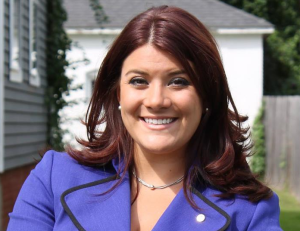 The mayoral election for the city of  New Britain is coming up on Nov. 5  and the students of CCSU need to pay attention. The two candidates for this upcoming mayoral race are current New Britain Mayor, Tim O’Brien, and Former CCSU Graduate, Erin Stewart.

Our editorial staff feels that a fresh, new perspective on local issues is just what the student body needs, and that Erin Stewart fits the bill.

This time last year, the New Britain City Council passed some ordinances that have had a direct effect on students living on and around campus. The ordinances focused on the landlords that own properties in the Belvedere neighborhood near campus, which is home to many CCSU students. One ordinance placed an annual fee of $150 to landlords that live outside of the area, which could potentially put an increase on residents’ rent. The second ordinance, called the “hot-spot” ordinance, states that individuals who call 911 10 or more times a year will be fined $500.

Many of the nuisance calls made in New Britain are made in concern to off-campus students who are considered too loud to some permanent New Britain residents. The ordinances brought much attention to the students who live around the Central, however the attention was very one sided. Only about a handful of students showed up to the council to protest or voice their opinions about the then proposed ordinances, even though their presence in the community was a catalyst to the making and passing of the laws.

Being informed and educated about what goes on in our local New Britain community is key to making the most out of your time residing in New Britain. It would be foolish to think that these policies and decisions do not affect us.

What many students seem to be unaware of is that they can have a say in the government of our city. If students live on campus or off campus in New Britain, they have the ability to register to vote in the mayoral elections.

Erin Stewart is looking to make students more involved in the local community with opportunities including internships, co-ops and partnering with businesses. This is a stark difference from incumbent Tim O’Brien, who seems to make the issue of off-campus students a way to increase city revenue without turning too many heads.

In an interview with a Recorder staff member, O’Brien stated he hopes to encourage more residential CCSU students to live in the downtown New Britain area. But with a multi-million dollar plan for Centrals campus to receive a brand new dorm, library extensions, fitness building, magnet school, arts building and upgrades to old facilities, O’Brien’s plan doesn’t seem to play into the grand scheme of things.

26-year-old Stewart is fresh out of college, so fresh that she could still be paying off college loans. She is exactly the kind of candidate that CCSU students need to support because she has their best interests in mind. If students at Central want to have more control in what the city of New Britain has to offer them then they need to start paying more attention to who wants to represent them and vote them into office.

This endorsement originally appeared in the CCSU Recorder. 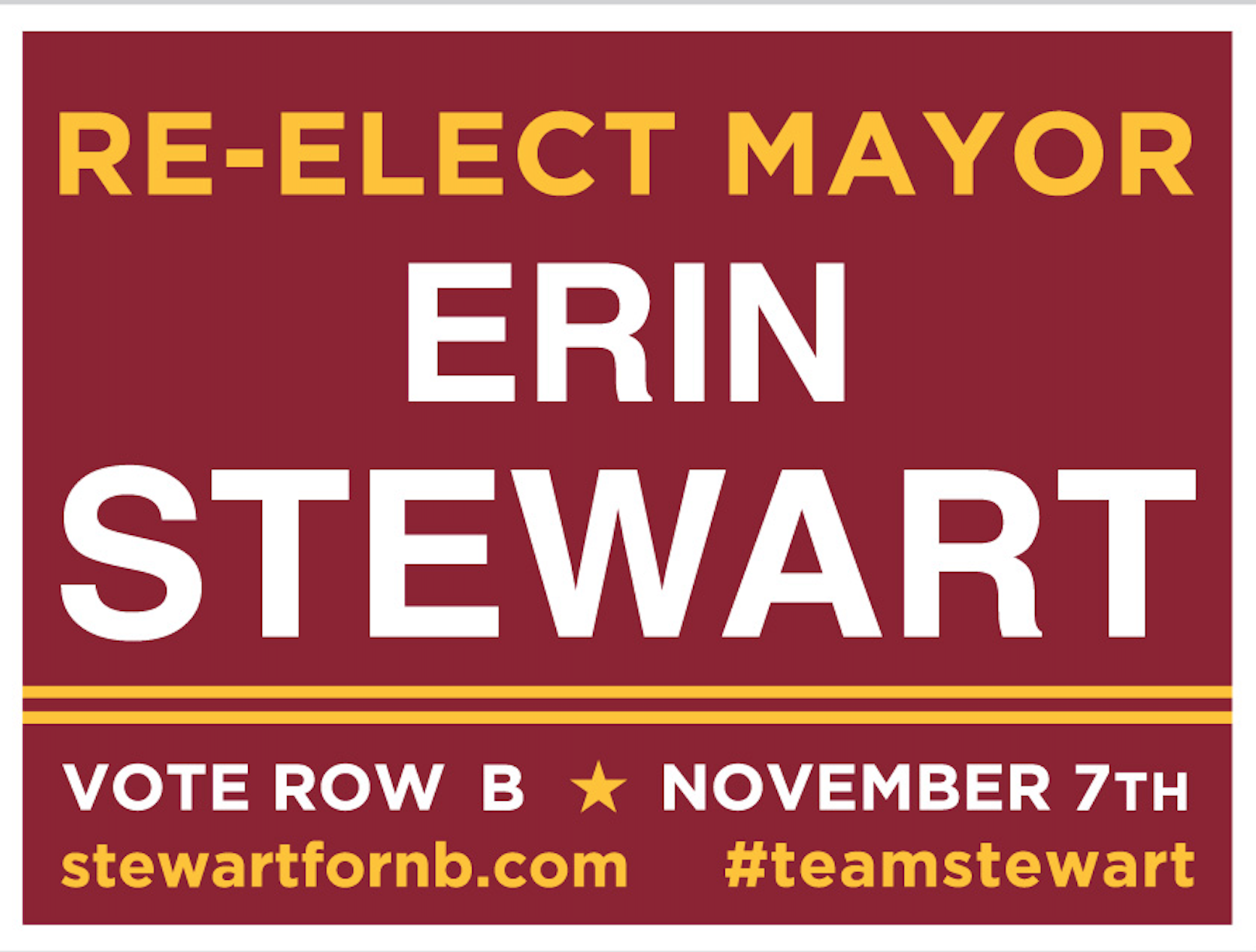 Lawn Signs are Here – Get Yours Today!

END_OF_DOCUMENT_TOKEN_TO_BE_REPLACED 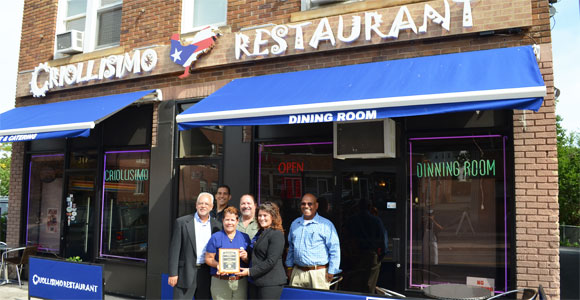 After recent improvements to the exterior of Criollisimo Restaurant, 340 Arch Street, Mayor Erin E. Stewart presented the owner the…